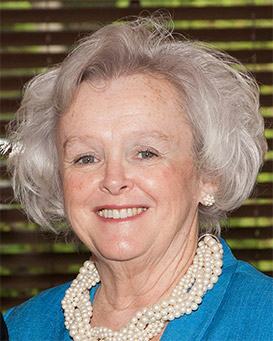 The Board of Directors of Valley United Way recently announced that Patricia, “Pat” Tarasovic will be the next recipient of the Charles H. Flynn Humanitarian Award, which will be bestowed to her during the Annual Community Meeting to be held virtually on May 5th.

This award is named for the late Mr. Flynn, who was, at the time of his death, editor of The Evening Sentinel, a daily newspaper that was the main source of community information of the Lower Naugatuck River Valley. Mr. Flynn had also been one of the founders of the Valley United Fund. He had been president of the Ansonia Community Chest. In 1968, he led that organization into a merger with the Derby-Shelton Community Chest and the Seymour United Fund, which resulted in the formation of what is now known as the Valley United Way.

The Humanitarian Award was established because of his lifelong dedicated service to the entire Valley. The award was presented for the first time in 1971 to Alice Russ Cochran of Shelton. It has been presented to a list of distinguished Valley citizens each year since. This honor is restricted to living persons whose service has been to the Valley community. That service must encompass more than one town and more than one organization. The award is for a single individual.

Based on that criteria, the Board unanimously agreed that Pat Tarasovic was an ideal candidate to receive this award. Her 25 years of service while working with Valley United Way allowed her to touch the lives of Valley citizens in all five Valley towns on a regular basis. Through her 25 years of service with the United Way, she has been integral to many initiatives and has provided tremendous service to the non-profits in the Valley Region.

David Kennedy, Interim President/COO, said he received the news of her departure in March, 2020, with regrets but focused on celebrating all she contributed to the community. “I have been fortunate enough to see first-hand the deep respect and profound admiration so many have for Pat in the community,” Kennedy noted. “It is clearly a respect and admiration that has been earned through hard work and consistent care, year in and year out, for over 25 years.”

Ms. Tarasovic joined Valley United Way after actively volunteering in Oxford for many years. During her time at VUW, she founded the Corporate and High School Volunteer Councils, which have provided non-profits and individuals with hundreds of projects, and thousands of hours of service.  Such initiatives helped tackle food insecurity in the Valley and assisted vulnerable families in need through programs like the Back to School drive and Holiday Giving.

One of the major projects Ms. Tarasovic led, along with the Corporate Volunteer Council, was Harvest House: a community wide initiative to build a house of food that provided hundreds of thousands of pounds of nonperishables to local pantries since 2005. Harvest House, they collected over 150,000 items of food, which arrived at the pantries during a decline in their inventory.

Because of her role in such projects, she has received multiple awards over the years from Griffin Hospital, the Greater Valley Chamber of Commerce, Health and Human Services Council, was named a Paul Harris Fellow from the Derby Shelton Rotary Club, was a delegate to the Valley All-America City Team, a member of the founding Committee of the LEAD/Leadership Program, and in 2015 was appointed by the Governor to become a Board member of the Connecticut Corporation for National Service.

Event registration information can be found at valleyunitedway.org

As a leading philanthropic organization in Lower Naugatuck Valley, Valley United Way improves lives by mobilizing the caring power of the community through philanthropy, volunteerism, and collaboration. For more information about the organization, visit its website at www.valleyunitedway.org or contact David Kennedy, Interim President/CEO at 203-538-6341.