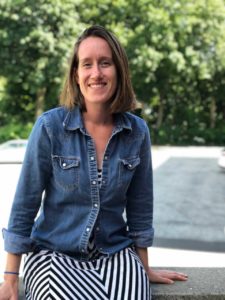 Ms. Toms has been working at Valley United Way since late June 2019. Originally brought on to help with United Way’s “Grow Your Own” Neighborhood Gardens in addition to fostering relationships with local businesses, Ms. Toms took on a variety of roles and responsibilities at the local United Way, playing a key part in the United Way’s Communications and Resource Development work.

David Kennedy, VUW’s Interim President and COO commented, “Every so often, you get to work with an exceptional leader who inspires, improves your organization, and is universally respected for integrity and transparency, while being a fun team player who makes everyone’s work better. That’s what Becca has been for Valley United Way. We are grateful for her service and we will miss her very much, though we are excited for her to have a new opportunity that fully uses her skills and passions.”

Previously, Ms. Toms worked at Massaro Community Farm and had been working in the non-profit agriculture field for the past 7 years before taking her position at United Way.  After changes in the organization occurred in the fall of 2019, her responsibilities were modified at VUW to assist during the transition period. Part of this was taking on more of the communications needs, developing for VUW a social media presence, and supporting the organization as it went through its strategic development work. At the same time, she also worked to shift responsibilities of the “Grow Your Own” Neighborhood Gardens to Massaro Community Farm for the 2020 growing season.

Since spring 2020, Ms. Toms has been working part time with Valley United Way and simultaneously providing support to farmers through multiple programs run out of the UConn Extension Tolland Office- where she will be continuing to work in an increased capacity. “While I enjoyed working with and in the Valley community during my time at Valley United Way, I’m excited to be able to give more attention and time to working within the agriculture community in CT, where I have invested a lot of time and passion over the years,” Toms noted.

Looking forward, Valley United Way will distribute the tasks Toms has been responsible for to different staff members and is also looking into other creative partnerships to continue the communications and social media work she has established during her time. “It won’t be easy to replace Becca as she moves on to the next steps in her career,” says Kennedy, “but we are grateful for the community and resources we have at United Way to continue our work of ‘Strengthening Families, Helping Individuals in Crisis, and Preparing Youth to Succeed’.”